Earthshaker (SS) 1989 manufactured by Williams in Illinois USA is a machine that I have been chasing for half a year. First time I played the machine was at the event Pinball Swedish Master 2007 and I thought it had a great theme and just right level of difficulties for me. In February 2008 I got the opportunity to buy one, from a member in the forum Svenska Flipper Sällskapet. The previous owner had started to shop the playfield and removed all the mylar. I went to look at the machine and become doubtful since the playfield was covered with glue residual from the mylar and both the center and the skill shoot ramp was deformed, but in the same moment I thought it could be a nice project with potential, despite it was the machine I had been chasing for a while. I got the playfield and two boxes with playfield parts with me home, the cabinet where left for later pickup. Now I could immediately start to clean the playfield and its parts. On the following pages you can follow the work with the machine and also see how I made own ramp protectors and playfield paint touch ups. 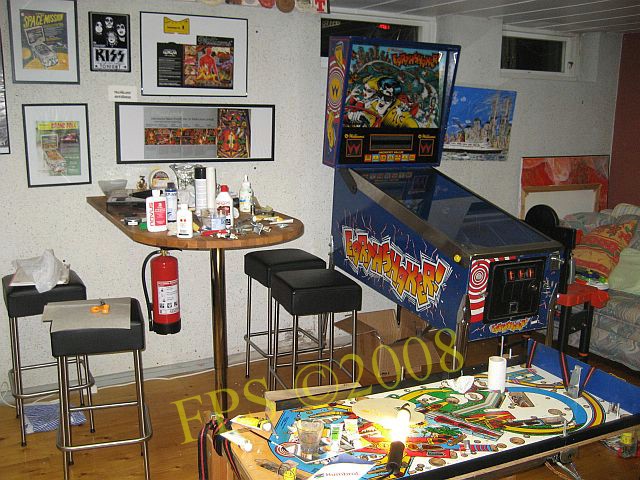 A picture during the work with the playfield. 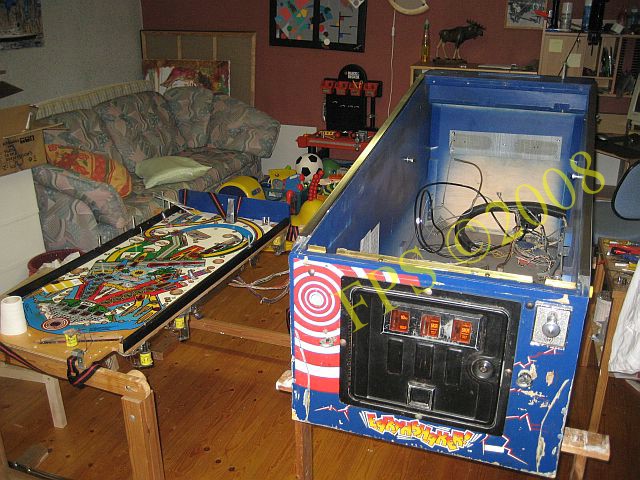 Playfield and cabinet is undergoing a cleaning/refurbishing. 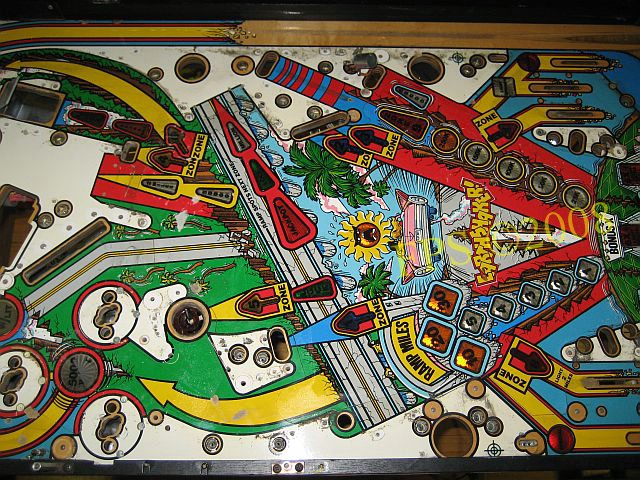 The picture show some of the spots with playfield wear. The complete surface was covered with glue residual from the mylar. 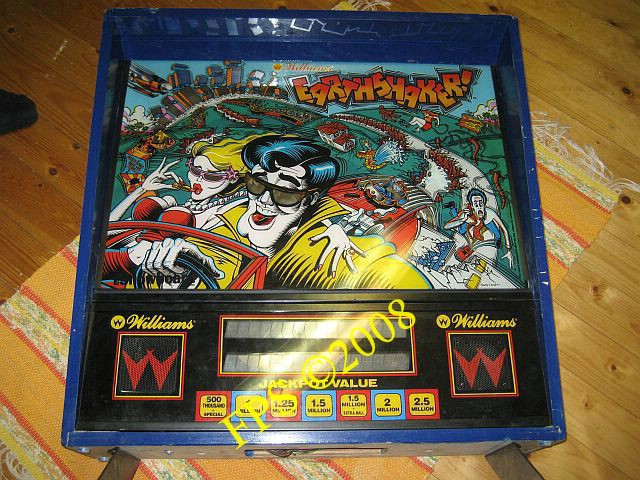 The topbox was separated from the cabinet to make the transportation easier, since there was difficulties To get the CFTBL into a Saab 9-5 and to carry the machine down into the hobby room in the basement. 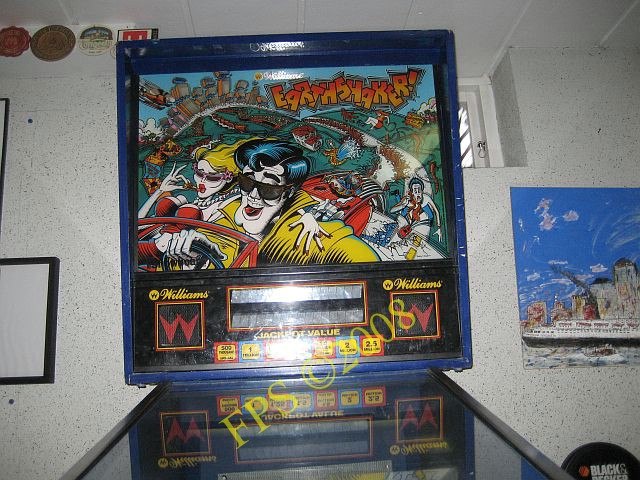 Topbox attached to the cabinet. The glass was in need of polish since there was residuals from sticker and tape glue. 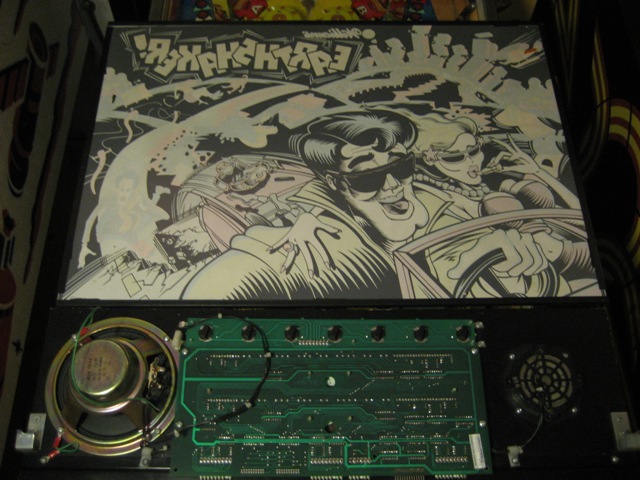 Backglass where in good condition without any visible damage in the paint. To be mention is that Earthshaker is one of the last machine to have painted backglass before the translites where introduced. 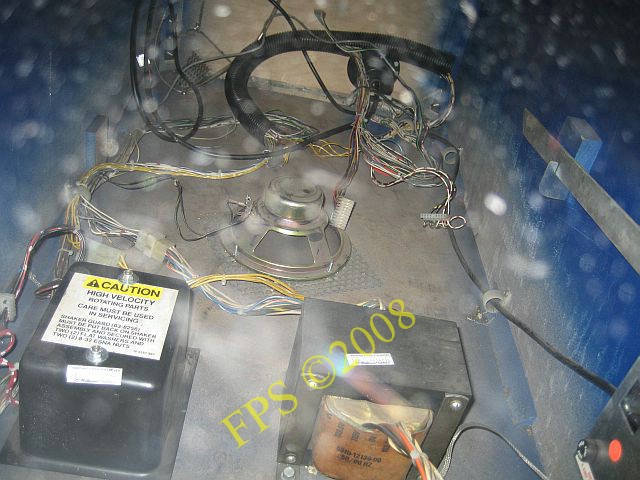 A lot of dirt and dust where found in the cabinet  need of cleaning. 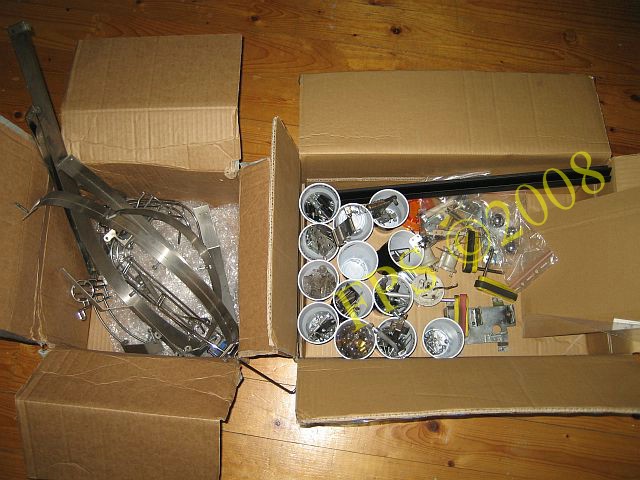 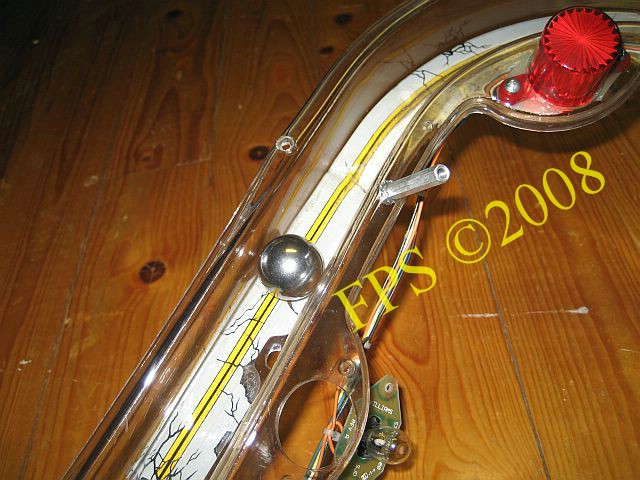 The skillshoot ramp where deformed as can be seen in the picture above. The ball get stuck between the ramps walls  can not today give any explanation on how this has occurred.